by The Brodie West Quintet 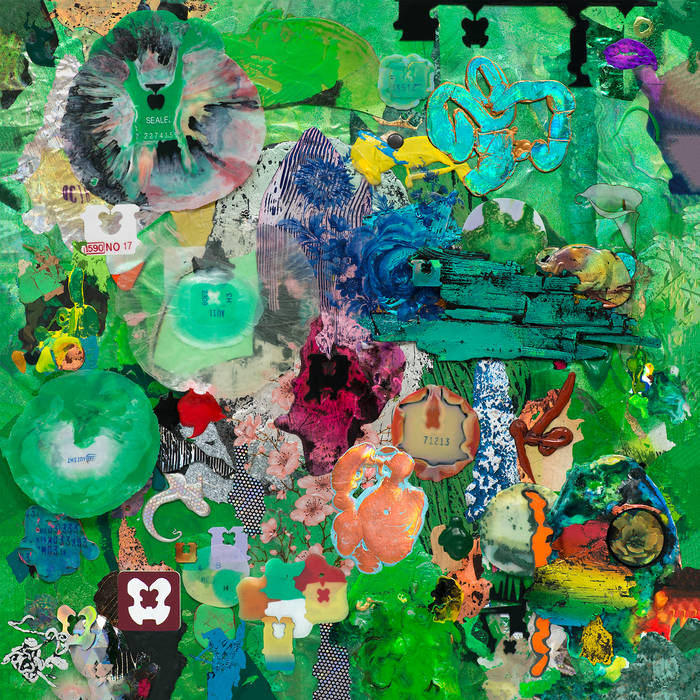 Toronto-based saxophonist and composer Brodie West is a tireless creative force—both within jazz spheres and well beyond them. He's one of those artists rare artists whose practice encompasses tremendous breadth but whose singular, eccentric voice is irrepressible. His solo LP Alexandra Park (Pleasence) meanders through a spare, intimate landscape that showcases his extensive and peculiar saxophone vocabulary. While one also encounters this exploratory side through Ways, his duo with drummer Evan Cartwright (who's heard here on Clips), his woozily tropical septet Eucalpytus provides an outlet for his breezy tuneful side.

West's versatile musical demeanour has led him to a number of fruitful collaborations. He toured across the globe with The Ex and legendary Ethiopian saxophonist Getachew Mekuria and appeared on several of their joint recordings. He has also performed and recorded extensively with stalwart Dutch improviser Han Bennink.

Over the years he's been part of acclaimed Toronto outfits such as Deep Dark United, Drumheller and Zebradonk, and you can hear him guesting on lauded albums by the likes of Polmo Polpo (aka Sandro Perri), Jennifer Castle, US Girls, Broken Social Scene and Gord Downie.

The debut record from the Brodie West Quintet is arguably the ideal introduction to West as both a player and composer. Leading four of his closest collaborators—some of Toronto's finest improvisers—the album unfolds like a compact albeit circuitous guide to his multifaceted vision.

The title track acts like a brief expository kernel. The band collectively twists an ostinato in and out rhythmic focus—a theme that is elaborated in various ways throughout the album. After a stark, angular head “Tumbling In” lays down a foundation polyrhythmic swing over which West unfurls an expansive and deliciously erratic solo, expertly seasoned by pianist Tania Gill's interjections. Gill replies with her own mind-bending foray into disparate shards of agility. Elsewhere the relationship to jazz also drifts between clarity and obscurity alongside the pulse. “First Wave” floats a delicate modal line over Cartwright and Nick Fraser's faltering rhythmic scaffolding. It's only tenuously anchored by Josh Cole's bass line. The loose ricocheting counterpoint of “Prel And Fug”, though, might evoke Christian Wolff, a more relaxed Louis Andriessen, or fellow Torontonian Martin Arnold—especially when the rhythm section mysteriously vanishes for the piece's final two minutes. West's command of the alto's breathier regions has always flattered ballads and the tender “Emerald Green”, which features a lyrical solo from Cole, is no exception.

The second side reveals even more of West's stylistic palette, while continuing to hybridize. The transparent pentatonic hue of “Diamond Days” and “Soft Pause” nod toward his immersion in Ethiopian music. “Rabbit In The Snow” starts lively but tangled up in curt, chromatic figures. Over its eight and half minutes it slows and thins out drastically, ultimately closing on a hushed, near-vacant tableau. “Coda” ends the album the album on a puzzling ellipsis with each musician seemingly orbiting their own distinct temporality until the drums signal a sudden end.

"Clips" non-chalantly spans a sizeable aesthetic and formal scope without the Quintet ever over-exerting itself. That's because as far as West might wander as a leader and composer, the resulting sound always remains indelibly his.


Press Quotes:
“Parallel comparison only goes so far. The music is what it is, buoyant and unreserved.”
— Brian Morton, The Wire (on Han Bennink/Brodie West/Terrie Ex - Let's Go)

“West’s sax playing can be muted or bold, while his own compositions burn in coloured hues like a neon light.”
— Laura Stanley, NOW Magazine (“Toronto Musicians to Watch In 2018: Composer Edition”)

“Manages to combine the accessible and avant-garde in an appealing way.”
— Kerry Doole, Exclaim! (on Eucalyptus - Eeeeeuuucaaaaaallyyyppptus)

“West's contributions — played with a raw tone that really holds the whole thing together, and sends it back to almost ESP-like territory — well, maybe ESP with a dose of FMP, if that's not too alphabetic a formulation!”
— Dusty Groove America (on Han Bennink/Brodie West/Terrie Ex - Let's Go)

Bandcamp Daily  your guide to the world of Bandcamp